Callicoon Fine Arts is pleased to present A Vaudeville on Mankind in Time and Space, an exhibition of photography and installation by Fia Backström. The exhibition is open from February 23-April 8, 2018. Please join us for an opening reception on Friday, February 23rd, 6 to 8pm and performance on Saturday, March 31st, 7pm.

The exhibition takes Harry Martinson’s space epic, Aniara, A Vaudeville on Mankind in Time and Space (1956) as its point of departure. Aniara is a spacecraft carrying refugees from a toxic and radioactive Earth to Mars. The ship has lost navigation power from a meteor collision and is on a course towards deep space. On board is Mima, a female proto-artificial intelligence with sensory faculties. Mima transmits fragmented images from Earth for the refugees’ diversion until accumulated imagery of terrestrial suffering overwhelms her hyper-sensitivity, causing her to self-destruct. Working with complex analogue and digital photographic techniques, Backström channels Mima’s operations, producing images that vibrate and swell in and out of focus.

Backström pulls apart the negative and positive of an image and then recombines them in a displaced arrangement, giving the effect of a relief. She varies this technique, known as paraglyph printing, by mirroring layers and sometimes excising one layer altogether. The works include photographs taken by the artist at a Staten Island nature reserve, microscopic imaging of fluid samples from the artist’s bodily orifices, and images sourced from the internet. The exhibition sequences and morphs these photographs of heterogeneous sites, at once global and intimate.

Wallpapered on the gallery partition is a close-up image of a finger nail with a cracked cuticle. Wax paper works on top of the wallpaper have been imprinted through burning. Skin, like photo paper, is a permeable membrane sensitive to the outside world. It retains memories of past touches: caresses, cuts, burns. The cuticle is a protective filter between flesh and nail; enlarged, it recalls a landscape divided into territories. The boundaries between external and internal, macro and micro, open here to material transformation.

In a performance, Backström will join choreographer and dancer Mariana Valencia to interpret the rituals developed on Aniara after Mima’s self-destruction. Taken together, the textural, textual, and performed layers of the exhibition stage a possible polyphonic collectivity that feels at once fragmented and all-encompassing, flooding the senses towards another space, a point past absorption.

Fia Backström (b. 1970, Sweden) is an artist based in New York, NY. Working in diverse mediums including photography, writing, installation, and performance, Backström agitates the social life of language and materials. Her practice maintains a longstanding inquiry into the glue of collectivity. Recent solo projects include The Shape of Co- to Come at ABF, Stockholm (2016), and ME have to be turned upside down to become WE at Zinc Bar, New York (2014). She has participated in group exhibitions at institutions such as MoMA PS1 (2015), MoMA (2010), and the Whitney Museum of American Art (2008) in New York; Moderna Museet, Stockholm (2010); and Tranzit, Prague (2008). Backström was the subject of a survey at the Artist’s Institute in 2015 and represented Sweden in the 54th Venice Biennale (2011). Her work can be found in the collections of Moderna Museet and the Whitney Museum.

For additional information, please contact Photi Giovanis at info@callicoonfinearts.com or at 212 219 0326.

Callicoon Fine Arts is located at 49 Delancey Street between Forsyth and Eldridge Streets. Gallery hours are Tuesday to Saturday, 10am to 6pm. The nearest subway stops are the B and D trains at Grand Street and the F, J, M and Z trains at Delancey-Essex Street. 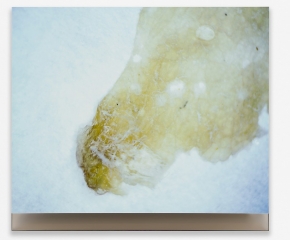 Fia Backström
Back To Top