Jason Simon’s second solo exhibition at Callicoon Fine Arts samples film and video distribution histories. Four new works suggest a private constellation of a shared, public, moving-image past. A facsimile of the Castelli-Sonnabend Videotapes and Film rental and sales catalog, circa 1974, and a reconstituted set of Video Against AIDS, (a curated program on three-cassettes from 1989), together bracket a video art history. In a new collaborative architectural sculpture, portals divide the gallery with the suggestion of a darkened projection booth; and a single iconic photograph depicts McGraw-Hill’s instructions to teachers of La Jetée. At stake for Simon is nothing less than how an audience and a culture are created.

In the summer of 1985, Patricia Brundage, of Castelli-Sonnabend Videotapes and Films, contacted directors of The Video Databank and Electronic Arts Intermix to say that demand had outstripped the business: if they (Lyn Blumenthal and Kate Horsfield of VDB; and Lori Zippay, then, and now, of EAI) wanted to take on the distribution of the videotapes, most of the titles could be theirs. The original loose-leaf catalog is a rich artifact of a generation migrated from the streamlined for-profit to the growing not-for-profits. And principal copywriter Lizzie Borden’s entries in the catalog are striking: with nary an adverb, the texts, like most of the videos, celebrate the strictly observational.

In 1989, John Greyson and Bill Horrigan curated Video Against AIDS. The compilation sorted and made coherent an urgent combination of art and activism on behalf of the videos and the venues yet new to them. AIDS changed video culture as much as video culture shaped our understanding of AIDS—but only for a short time, a few more years, before parting ways. Available only on VHS, the relevant contracts had lapsed by the millennium, while renewed gallery appetites were turning to a different generation of video, and the compilation became very scarce.

College classrooms, the market that overtook Castelli-Sonnabend Videotapes and Films, were long-used to 16mm projection, and textbook publishers (then as now) included films in their offerings. McGraw-Hill suggests how La Jetée serves as a conversation prompt, via the inside of the tin can in which they shipped the single reel masterpiece, and, as with all three of these points on Simon’s media memory map, we can re-imagine experimental film and video culture arising largely within a pedagogical, royalty-affording economy.

These instances between avant-gardes and academic infrastructure are offered within a gallery displaying darkened projection booth windows. The sculpture, a collaborative work with fellow artist Josiah McElheny, is based on cinema architecture: glass tilted to avoid blinding reflection, double paned for sound insulation, and shaped for mechanics, are here instead intersecting functions of a contemporary gallery. Also on display are stainless steel wire ellipses: small snarls of sound recordings on durable material. The technology, wire recording, was an early and short-lived competitor to home tape machines. Off their spools in suspended tangles, the recordings are unplayable time signatures between Simon’s larger points of reference.

Jason Simon’s work is currently part of exhibitions at the Tang Museum, Saratoga Springs, NY; at MIT List Visual Arts Center, Cambridge, MA; and his and Moyra Davey’s Ten Years of the One Minute Film Festival is currently on exhibit at Mass MoCA. He worked as an assistant curator of film and video at the Wexner Center for the Arts from 1989 to 1991; was represented by the Pat Hearn Gallery from 1994–1999 and was a founding member of the cooperatively run gallery Orchard (2005–2008). Upcoming projects include Macho Man, Tell It To My Heart, at Artists Space, a collaboratively curated traveling exhibition on the art collection of Julie Ault. Simon has appeared in the Whitney Museum Biennial; Neue Gallerie, Graz; the New Jersey Arts Annual; The New Museum, White Columns, and The Kitchen, NY.

Gallery hours are Wednesday to Sunday, 12 to 6pm. Callicoon Fine Arts is located at 124 Forsyth Street, between Delancey and Broome Streets. The nearest subway stops are the B and D trains at Grand Street and the F, J, M and Z trains at Delancey-Essex Street. 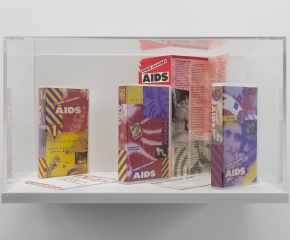 A feature in combining research undertaken by Jason Simon and Cynthia Christ in Art Journal, print (Winter 2015, Volume 74, No. 4, pg. 5–20). (Contact the gallery for a PDF)

Read the article in BOMB here
Before and After UbuWeb: A conversation about artists' film and video distribution
Jacob King and Jason Simon 02/20/2014

An interview with Jason Simon in Rhizome, online.

A review of Jason Simon in Art in America, online.

Read the article in Art in America here
Back To Top