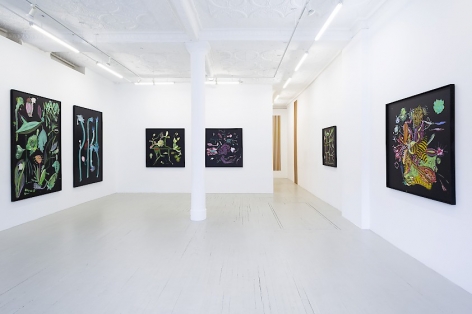 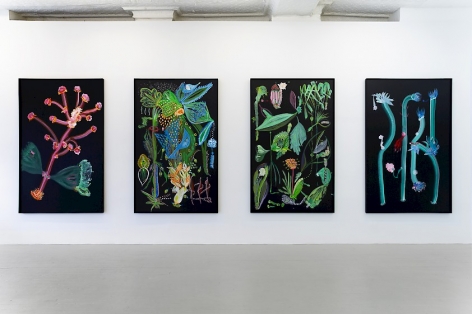 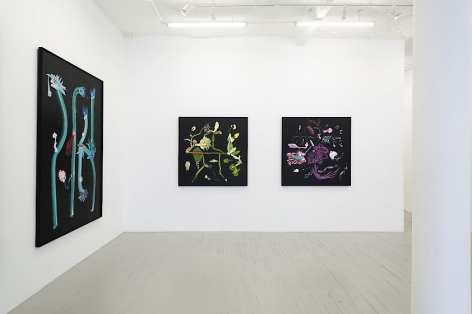 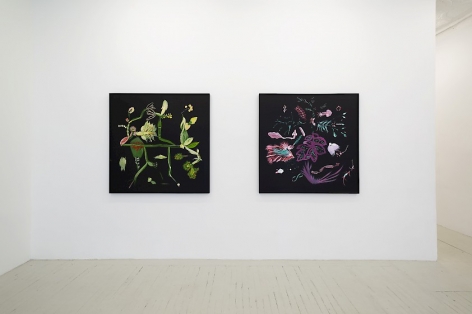 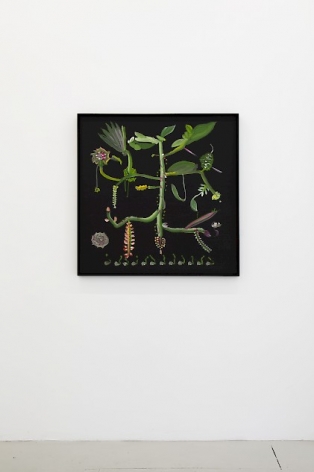 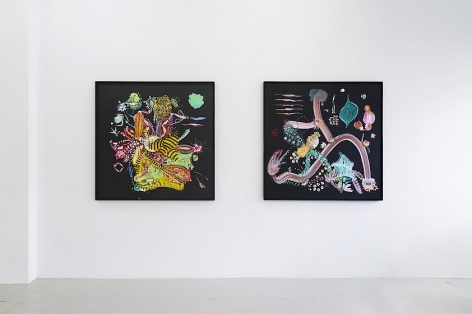 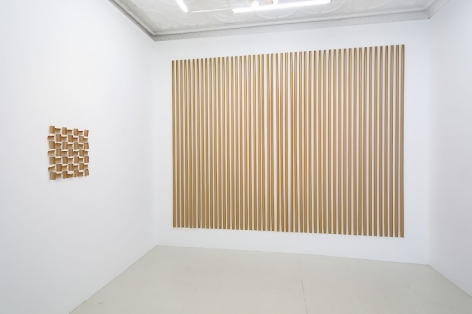 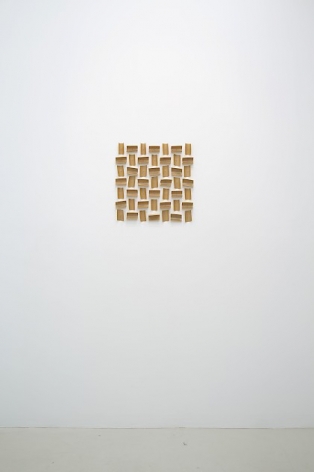 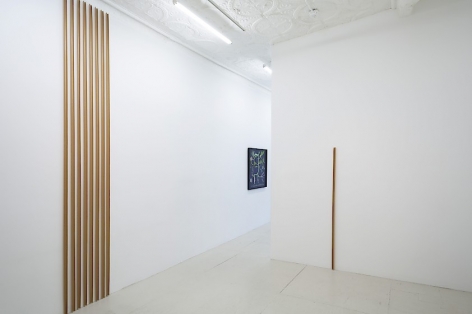 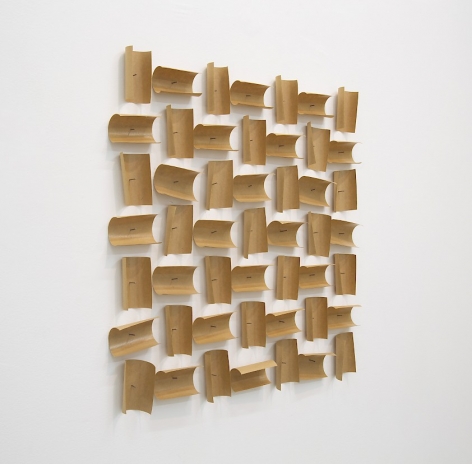 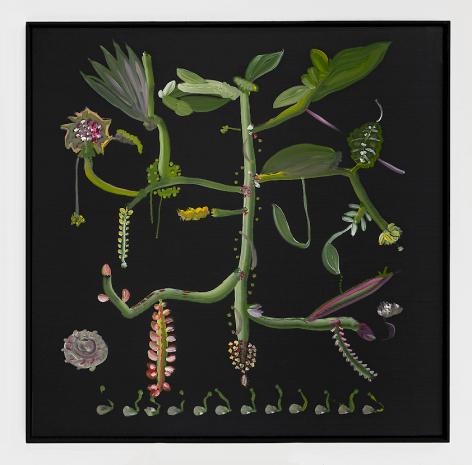 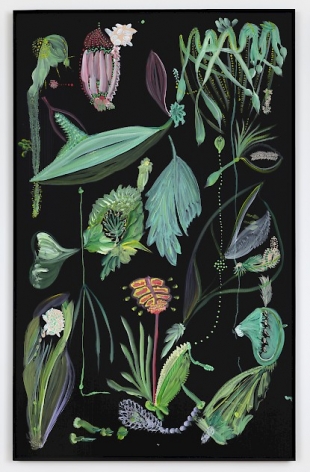 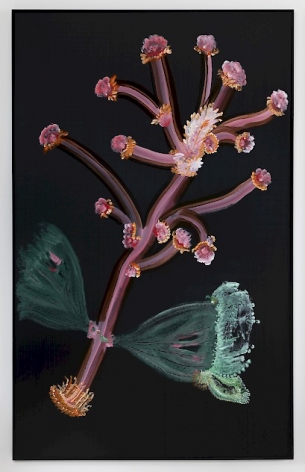 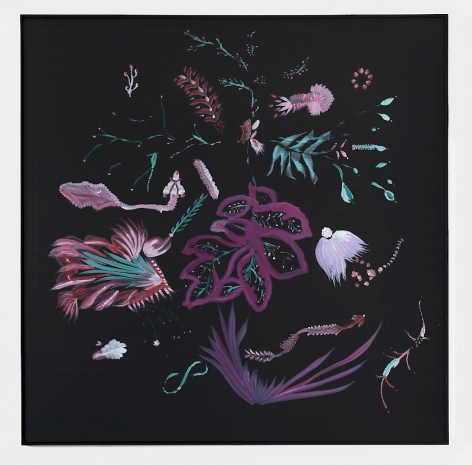 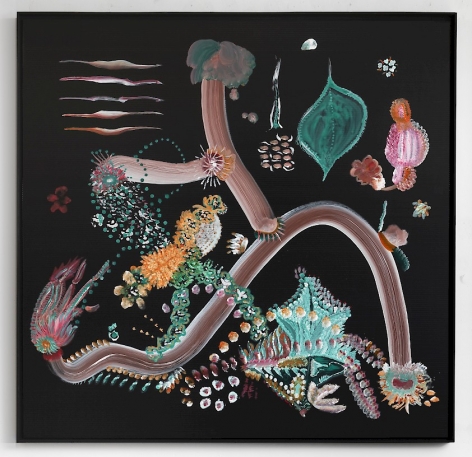 Callicoon Fine Arts is pleased to present Thomas Kovachevich’s fourth solo exhibition at the gallery. On-view alongside recent paintings on black corrugated plastic, there will be a paper installation.

Kovachevich’s employment of material, process, installation, and performance engages with a variety of post-minimalist tendencies while also acting as a preface to the more recent paintings on view in the gallery. The paintings, while appearing to be botanical depictions, are in fact works of fiction; they have evolved from his diverse and complex practice, as well as from his own thoughts and reflections on art, life, science, and nature that range from the mundane to the philosophical.

The painting O, for example, contains three teal strokes of paint that sprout red, off-white, and pink growths. Tufts of blue at the top of each form resemble sea anemones or flower petals. Tiny crosshatch marks on the form at left summon the underbelly of a centipede, while a foreshortened clump of organic-looking material at right evokes fuzzy pistils or mitochondria. Per Kovachevich, his painted subjects are abstract, graphic symbols that echo the visual forms of “folded proteins, dreams, desires, neurotransmitters, ribosomes, hallucinations, mitochondria, oxygen, chemistry, sodium transportation, sex, evaporation, and grocery shopping.”

This dialogue with the natural world originates from Kovachevich’s earliest experiments in the studio. Since the late 1960s, Kovachevich has been making installations from readily available gummed paper tape. The paper reacts to its immediate environment by expanding and contracting, revealing forces that are real but invisible to us. Each stripe of tape hints at the ecology of the room, illustrated by gradual transitions from flat rectangles to cylinders and back again. They acknowledge aspects of the architecture of the room, the light, together with the esthetics of the materials and their form.

For this exhibition, Kovachevich has created several tape installations—some formatted pictorially, while others fit the architecture of the gallery. The sculptural effects of these artworks are revealed over an elongated period of time, testing the limits of perception as they transform, indexing the invisible.

The mutability of image, form, and material remains at the core of Kovachevich’s practice, supporting a link between past and present, subject and object, the visible and the invisible, stillness and motion, the rational and the irrational, the abstract and the represented. 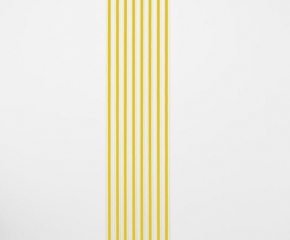 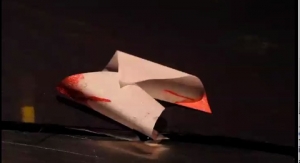 Thomas Kovachevich will present a performance at the gallery followed by a Q&A, March 6, 6:30–8pm

Kovachevich repurposes a sculpture as a stage upon which he will present a performance. The performers are drawings on paper that he calls Characters. With lighting, an installation emerges transforming the gallery into a theater, and Kovachevich into the impresario of his theater company. The paper Characters are animated by the power of evaporation, which is among nature’s most powerful yet subtle forces. Kovachevich has been creating these performances since the 1970s. In 1976, he patented the idea: “a method to effect a continuous movement of a fibrous material.” The performance will be followed by a Q&A with scholar Adela Kim. RSVP required, please contact lynn@callicoonfinearts.com.

A review in The New Yorker, print and online

Read the article in The New Yorker here
Which Art Fair is For You? Let Our Critic Be Your Guide
Will Heinrich 02/27/2020

An interview with Thomas Kovachevich for The Brooklyn Rail, print and online

Read the article in Tribeca Citizen here
Back To Top